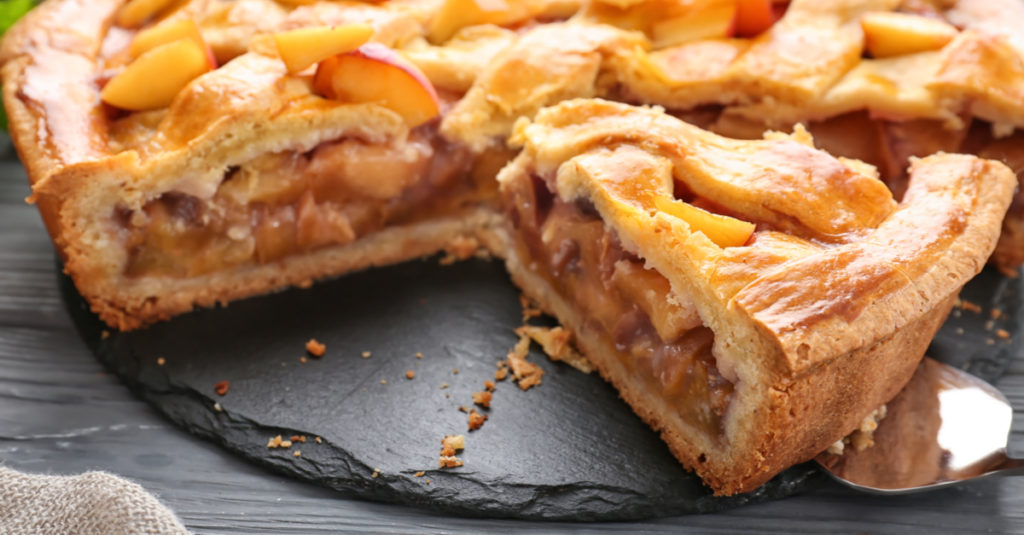 My My Miss American Pie﻿

The American pie is one of the most iconic desserts. It’s used in movies, songs, and numerous pop culture references. Pie is so important to the fabric of Americana that it often teaches us our first French words “A la mode”. Even though we are lied to because “a la mode” doesn’t mean “with ice cream” (it means “in the fashionable way”,) but who cares! Pie + ice cream = happiness. With all that being said, there are some issues with pie filling. Legions of pie fans are demanding more from their pie filling. But is there a way to create a filling that doesn’t pool up after one slice? How about when it boils over during the cooking process? If we can’t fix these issues, the pie won’t live up to its iconic status! So the question we must ask ourselves is

“How do we make the best pie filling possible?”

When making pie, most of the time the filling must be thickened with flour or cornstarch that not only changes the texture but adds unwanted flavor. These are not ideal when you are attempting to make the most flavorful pie fillings. There are other ingredients that can help you achieve the same result but with better execution. The first is Perfected Sodium Alginate. This should be added to the sugar in the recipe before being mixed into with the fruit. The Perfected Sodium Alginate should be used in a starting ratio of 0.3% of the total weight of the filling. It will slightly thicken the liquid that naturally comes out of the fruit. We have all cut into a homemade pie and after a few moments the part we just cut out has been mysteriously filled in with more pie filling. If this happens be sure to note that you have not created a magic pie that regenerates pie filling, it’s just seepage. When you thicken the filling properly you will get cleaner cuts and less pooling of the pie filling. The second ingredient that also helps with pie filling is Methylcellulose LV, and just as you would with the sodium alginate you should dry mix it with the sugar before adding it to the recipe. This is a low viscosity (LV) thickener which has the unique property of gelling when its heated and returning to its liquid state as it cools. When using Methylcellulose LV in pie making you should use a starting ratio of 1% of the total weight of the filling. This allows the pie filling to not boil out and still be properly thickened. With these two ingredients pie is sure to win the race and take its rightful place as king of circular sliceable desserts.

Recently there has been a debate online. This topic has caused a serious divide between two groups of people. The one issue that has caused such a chasm between two groups in the modern world is pie vs cake. On one side we have a light, tender, and sweet dessert that is slathered in copious amounts of butter mixed with sugar. In the other corner we have a savory, flaky, butter enriched dough that has been filled with fruit and just enough sugar to cure a sweet tooth. While I personally consider myself a 100% red blooded pie guy. I would never turn my nose up at a delicious piece of cake. So, next week we will cover just what we can do to make cake great again.