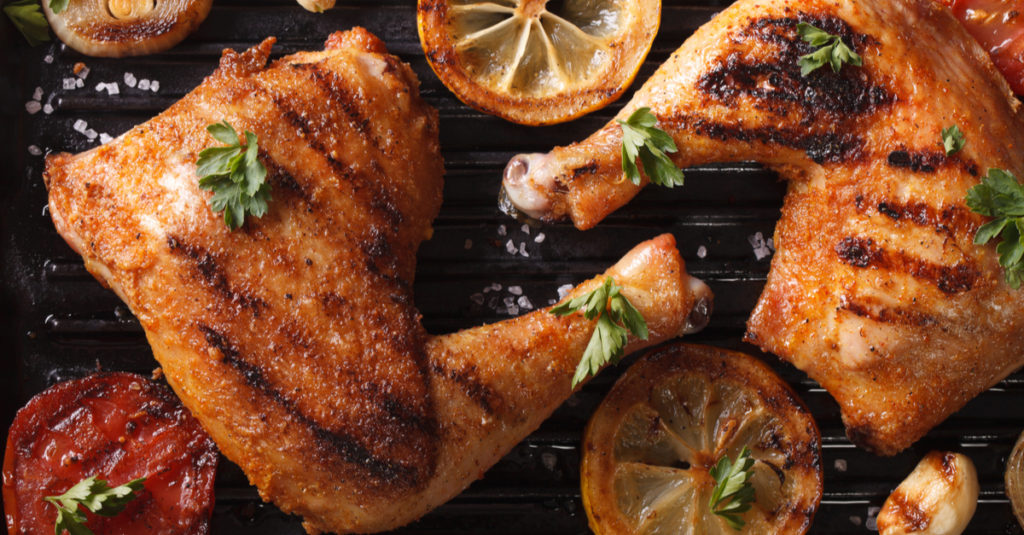 Stuck on you, with meat glue of course

With all of our ingredients I like to say, “The coolest things you can do, haven’t been thought of yet”. That statement rings true for any ingredient, but none more so than transglutaminase. Its an ingredient that is used to bond proteins together. It checks all the boxes for an innovating cook like ourselves. The ability to transform a well known ingredient into a memorable and magical experience. With any ingredient that seemingly bends the rules it is rich with myths and tales that would give norse mythology a run for its money. I’ve heard them all from “It’s made from pig’s blood” to “if you inhale it, it will bond your lungs together”! Well hopefully with this article we can put an end to some of these folk tales. Follow me as I give a better understanding of the mythical meat glue. Let’s learn about the “do’s and dont’s” and the “hows and whys” of transglutaminase and answer the question

“What is Meat Glue and how do I use it?”

Transglutaminase or meat glue takes two pieces of meat and sticks them together. It does this by creating a bond between two types of protein, glutamine and lysine. It’s really that simple, but there are many things to consider when first attempting to “glue” meat. The amount of transglutaminase that is needed will vary depending on the application. If the idea is to simply bond two pieces of meat, a fine dusting will do the trick. Adding too thick of a dusting won’t work as the transglutaminase won’t be able to fully hydrate. We suggest using a fine duster to spread the transglutaminase. If its is being added to a sausage or any type of farce we suggest adding it in a ratio of 1-2% of the total weight of the recipe. Now for the tricky part fatty foods like bacon will work, although you will need protein on protein content. Attempting to stick the fatty parts will not work as well since there isn’t enough protein to create the bond. Transglutaminase can be added in two ways, dry or in a slurry. The slurry ratio is 4:1 water to transglutaminase and can be painted onto the meat. Transglutaminase GS only works in slurry form. Finally, be sure to cook the food to the correct internal temperature as the surface of the food that could have harmful bacteria is now the center of the food.

With the basic usage out of the way we can get into the nitty gritty. First things first, Transglutaminase is not made from pig’s blood. While it can be found in pigs blood or any blood for that matter that is not how it is produced for consumer use. Transglutaminase that is used in foods is made from a spore forming bacterium. The transglutaminase contains no animal products which is how Transglutaminase TI is a vegan product. But some of the types such as RM, GS, and YG contain other bonding agents such as gelatin and sodium caseinate. These added bonding agents are what cause the meat glue to not be vegan friendly. As for the meat glue sealing up your lungs or glueing your fingers together, that’s just pure myth. It’s not meat super glue or meat epoxy (both of these are not real things) the bond works well for food but it is very easy to separate along the seam if needed.

Storing meat glue is very simple. They will all come in a vacuum sealed bag, once opened the RM, YG, and TI will need to be stored in the refrigerator or freezer. The enzyme will lose its activity if left at room temperature. Of the different types, Transglutaminase GS alone does not need to be refrigerated. Before use I always like to make a small 1:1 slurry of meat glue and water to check its activity. The best way to know if its active is if it smells like wet dog. Don’t worry this smell will not translate to the food you are making. If the slurry smells like nothing this means the enzyme inactive. So remember wet dog = good, no smell = bad.

It is possible to use transglutaminase TI in vegan or vegetarian applications as long as the foods you are attempting to bind contains both glutamine and lysine. This is generally added to a mixture such as a vegan sausage. Just be sure there is enough of these proteins as TI contains no supplemental protein to help with the binding.

Here is a chart to help you choose the correct meat glue for you.

Give our Deluxe Duck Burger recipe a try! We bet your favorite burger joint never served a burger like this. This luxuriously rich and flavorful yet delightfully light duck burger is a star standout in a crowded sea of pedestrian patties.

Hello. Do you have a link to vegan sausage recipes we can try ? We have bought Methylcellulose MooGloo and Activa from your store online. Thanks.

sure, here is our plant-based sausage recipe.

Reply
Meat Glue Is Safe For You, Here’s Why – Lavender + Lab Coats

[…] transglutaminase, which is a naturally occurring enzyme that helps form bonds between the proteins glutamine and lysine, commonly found in muscle tissue. These enzymes are present in your body and are used for processes […]