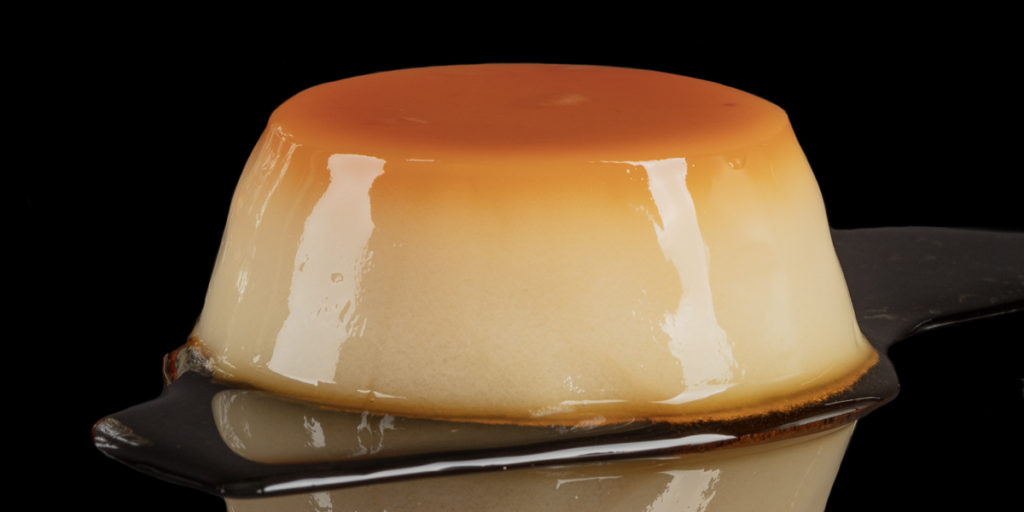 You need to taste this dairy free, egg free flan to believe such a smooth and luscious vegan custard exists. Enjoy a spoonful of creamy custard topped with syrupy caramel and savor every bite until it’s all gone. 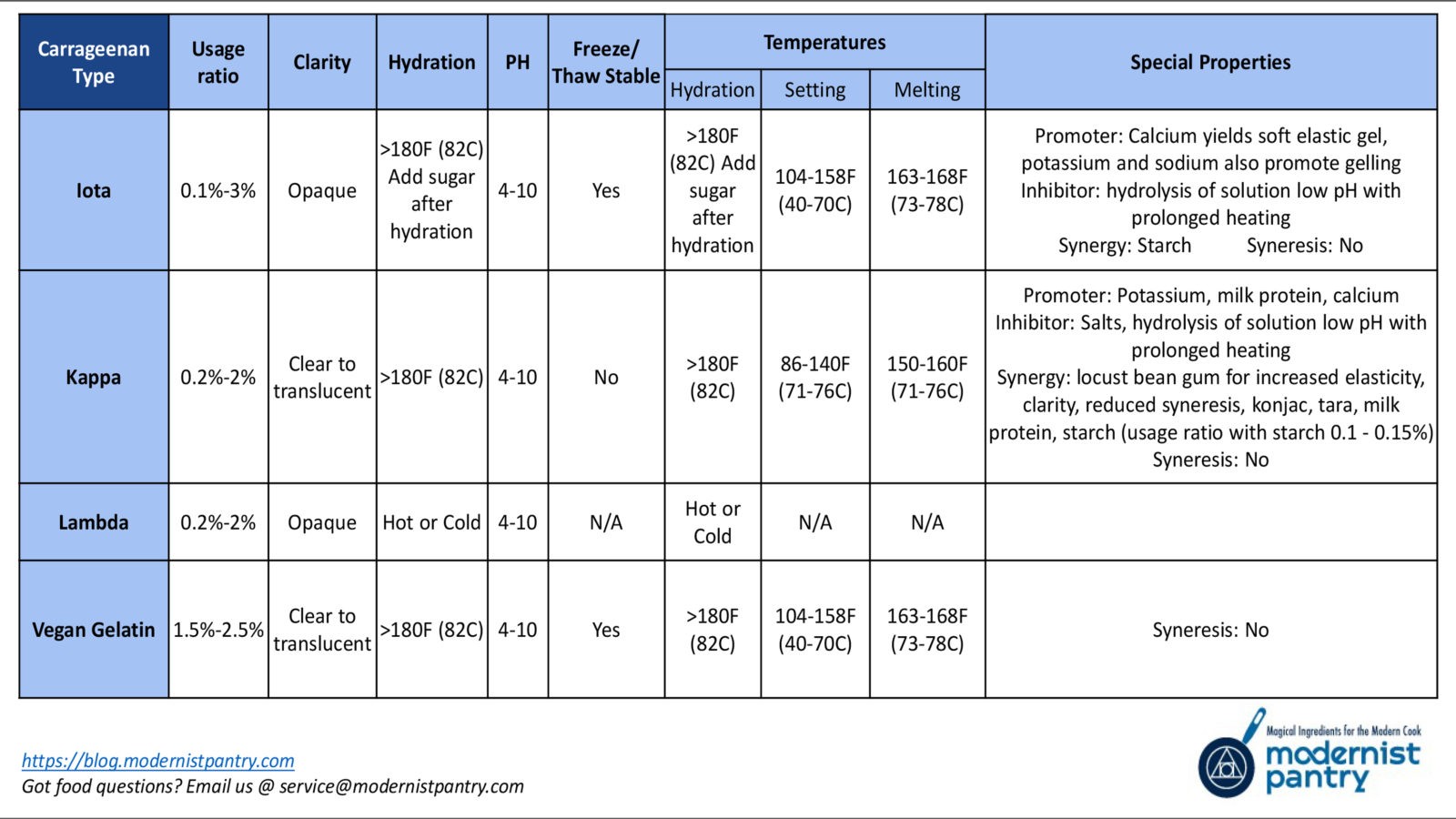 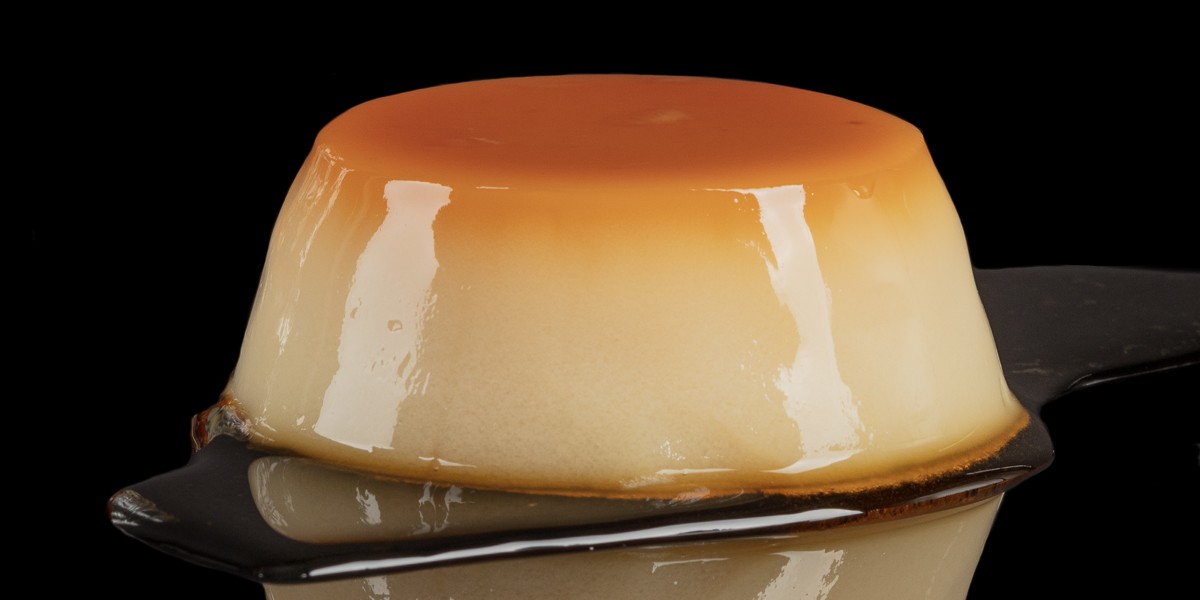 Hi i made this but it seems the custard amount is too small? it yielded about 1.5 cup only. Could you tell me if i’m missing something here?

Thank you. Appreciate your input.

From the proportions listed a good starting point would be 1 tsp. Which is roughly 3g of vegan gelatin. Just be sure to blend it thoroughly and heat it to a boil. Adjust amount as needed as there will need to be trial and error.

I mean this as only constructive criticism, but the video here doesn’t show the recipe being made! We just see it being talked about and plated. Moreover, there’s a high speed blender shown, which has nothing to do with this recipe either (in context of this edited short video, obviously cut from a longer one covering multiple dishes.)

Then, the recipe includes very little guidance. The process here is not as straightforward as the recipe makes it sound, and certainly not 10 minutes for a beginner / amateur cook.

My (not a beginner, was a professional cook once) experience with this recipe:

– The weights in grams listed do not correspond with the volume and liquid measurements given (e.g. 7 oz of water is nowhere near 200g!)

– The recipe is given with both metric and standard measurements, presumably for an international audience… but then gives a temperature only in Fahrenheit…

The instructions to cook the caramel to 325F and then remove from the heat yield a result that is notably under-cooked for the purpose.

– As others have noted, the proportions seem off. Too much caramel and not sufficient custard (I realize the ramekins – I used 4oz. small Ball mason jars just like in the video – are not intended to be completely full…) It still comes up well short; the plated final result had an enormous layer of crystalline (too light, again) sugar and a rather sad little flan beneath it which was only about a centimeter or so thick…

I wasn’t able to achieve anything like the result in the video by following the recipe’s proportions exactly.

This is a wonderful, fantastic vegan dessert and MP are awesome! No disparagement intended here – but a video showing the recipe actually being prepared right up to refrigeration, and then followed up with the plating, would be 100%! Or at least a good bit more detail / guidance – and some pictures along the way!

Thank you and keep up the great work! MP is very much appreciated especially by this vegan!

Thanks for the feedback! We are looking to do more detailed videos on our various recipes when we have the time and resource to do them. Agreed this would be a good one to show step by step.

Am I missing something? You mention kappa in the video and provide a chart, but I don’t see it anywhere in the recipe??

Scott’s talking about the vegan gelatin, since it’s carrageenan based it was just a verbal mixup. Vegan gelatin is not the same as kappa carrageenan as it is a blend of carrageenans.

Is it possible to make this recipe using fresh soymilk? (I make my own.) Or would the consistency be too thin, compared to the reconstituted soymilk powder? (I know most non-vegan flans use evaporated or sweetened condensed milk, or both.)

You can use fresh soy milk, we just don’t recommend storebought soymilk since they have added sugars and gums that will mess with the recipe.

Can always give it a shot!