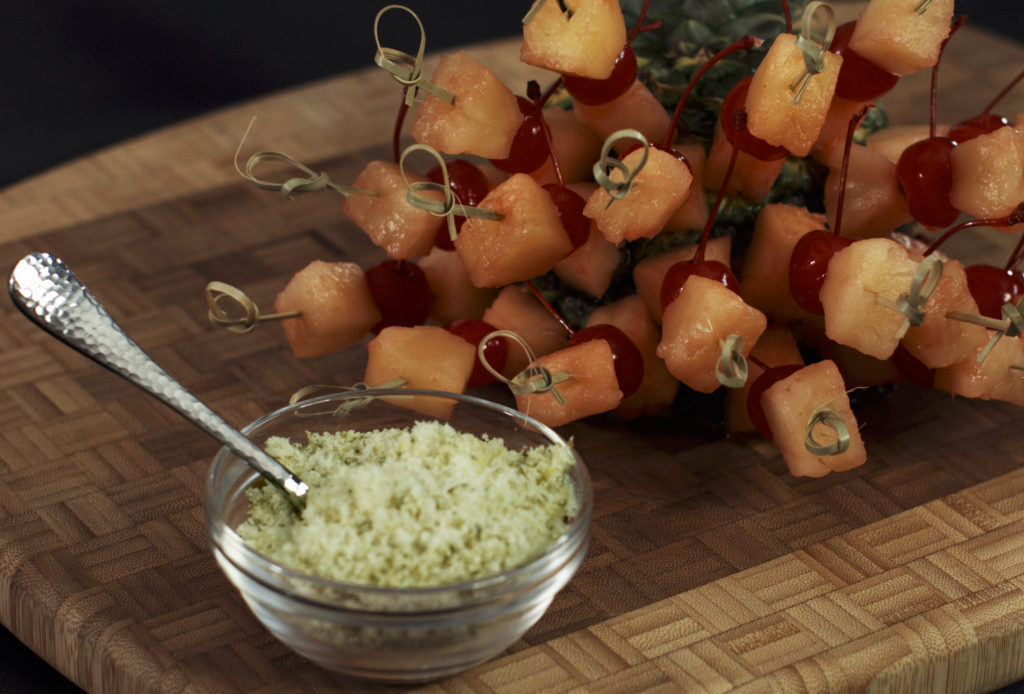 Like a phoenix, the Jungle Bird has an endless capacity for reincarnation. It was first conceived in 1978 in steamy Kuala Lumpur. A classic Jungle Bird is a blend of dark rum, Campari, and fresh pineapple—Caribbean and Italian, but with a truly Tiki heart. And by Tiki, we mean the part Polynesian, part Cantonese, very Californian style of bar that has been around since the 1930s. The Tiki bar typically features wooden sculptures, pupu platters, and flaming rum drinks. (In Polynesian myth, Tiki was the first man, who sired the human race by making love to his wife after she had sex with an eel. Like a lot of old tales, it’s at once sensual and creepy.)

In 2010, the Jungle Bird rose again. This new Millennial Tiki was meta-Tiki. The uncomplicated joy of sweet drinks and pupu was tempered by world-weary cynicism. Cocktail historian Jeff “Beachbum” Berry included the Jungle Bird in his book Intoxica!, where he amped up the molasses by replacing the Jamaican rum with blackstrap rum. The Jungle Bird is now a staple in innovative bars like Chicago’s Aviary, not to mention the subject of a doting profile in the New York Times. Various interpretations swap out Campari for amaro or other bitters, and the rum for everything from mezcal to coffee. The Jungle Bird has been aerated, spherified, and made into a pousse-café.

Let’s face it, the Jungle Bird is genius. Like Tiki bar culture itself, the Jungle Bird has hidden depths. It may be pinkish, but the Campari, which gives the drink its blush, is an acerbic, intellectual counterpoint to the syrupy booziness of the pineapple and rum. Picture the love child of a piña colada and a Negroni. Or Jason Momoa and Naomi Campbell reading Umberto Eco underneath a palm tree.

Our take is a retro, wink-wink fruit cocktail snack. Remember in college when you poked a hole into a watermelon, poured in Everclear, and had yourself a 2 a.m. fruit salad? Likewise, we infuse chunks of pineapple with rum and Campari, and up the molasses notes by making the simple syrup with brown sugar. We load it all into a whipping siphon, charge it with nitrous oxide, and wait an hour. Then we spear our tipsy pineapple chunks on a cocktail stick with a maraschino, because it ain’t Tiki unless there’s a neon cherry. Finally, we sprinkle on a bit of lime sugar for sparkle. Voilà, a tasty and fun way to get your buzz on. Did we mention there were whippets?

It’s a trade-off: Fresh pineapple will yield better texture, but it can be inconsistent in sweetness. Canned pineapple is more convenient and will provide uniform-size pieces and sweetness, but it lacks the firm texture of fresh pineapple.

A cream whipper is a canister that you charge with a cartridge of inert gas (typically nitrous oxide or carbon dioxide). Also, called a whipping siphon, it was originally devised for making whipped cream. However, we use it for a technique called rapid infusion. Sure, you can simply marinate the pineapple chunks in your Jungle Bird cocktail (just as you used to do with your watermelon and Everclear, back in the day). But the nitrous oxide in the canister causes the pores of your fruit to open and become quickly filled with the liquid. If you were to just soak your fruit traditionally, it would take at least twenty-four hours, and the liquid still would not have penetrated as deeply into the fruit. By doing it in a siphon, the liquid fully infuses the fruit in less than an hour.

Forget about buying ten different types of flavored spirits. Rapid infusion can also be used to infuse any liquid with a fruit, vegetable, or herb. That means you can instantly flavor plain vodka, rum, or tequila with your choice of natural flavors. Not in a boozy mood? Try making blackcurrant vinegar or black garlic oil with your whipping siphon. Instead of a week, it will take an hour.

When it’s time to retrieve your infused pineapple, you must first release the pressure in the whipping canister. This is best done by holding the canister upright and slowly pulling its trigger to let the gas escape. We recommend placing a kitchen towel over the nozzle and pointing it away from yourself and everyone else in the room, so no one gets a boozy facial. When the hiss of escaping gas stops, you can remove the top.

The liquid left in the canister can be used to make a traditional Jungle Bird cocktail. So, nothing goes to waste. 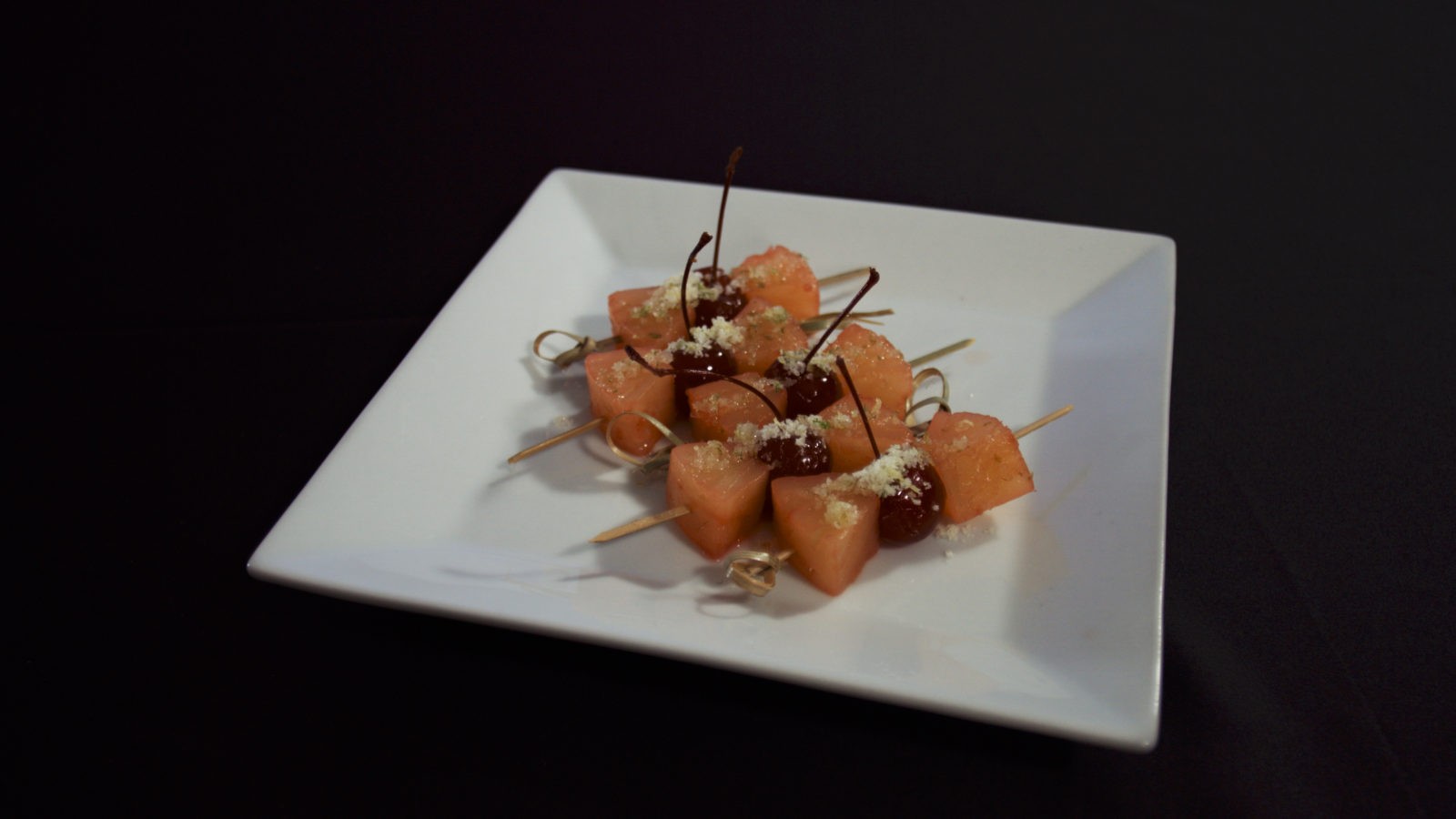