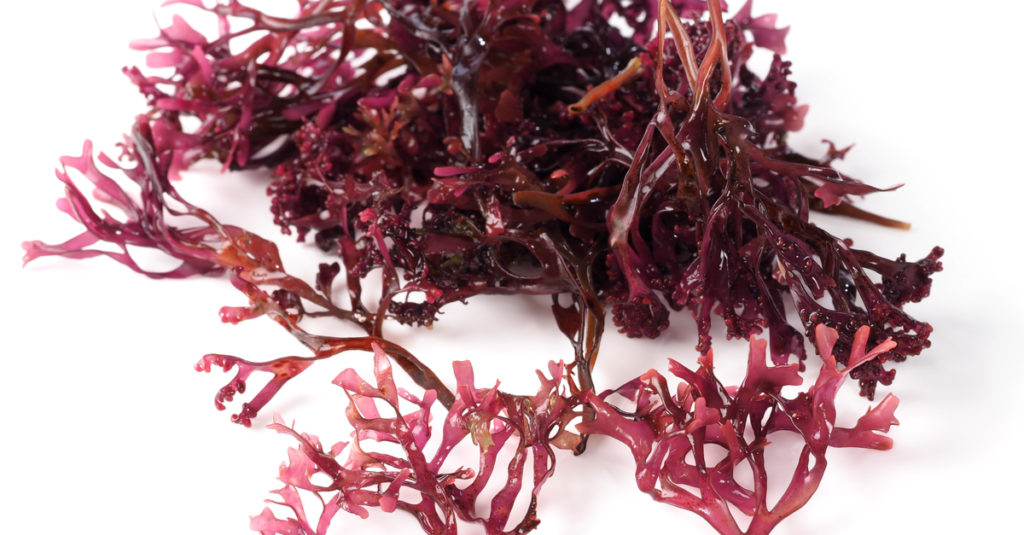 Agar vs the World

Agar is one of the best known hydrocolloids on the market. Many of my chef friends sometimes use “Agar” as a genericism for all modern gelling agents, such as Q-tip is to cotton swabs. For others Agar is sometimes referred to vegan gelatin. As we will find out this isn’t quite a fair assessment either. On top of that we have a product named Super Agar. When you take all of these questions into consideration you’re probably asking yourself, what’s the deal with agar?

“What’s the deal with agar?”

The gel that keeps on gellin’

Agar is a gelling agent made from red seaweed and is also known as agar-agar, but from now on I give you permission to just call it agar. There are two types of seaweed that agar can be made from, Gelidium and Gracilaria. For food service the Gracilaria variety is used. Agar is what I refer to as a “gateway drug” into modern cooking techniques. It works great for so many things such as fruit glazes, ice creams, soups, sauces, and gummy candies. Unlike most gelling agents it tolerates acidic liquids. The ph of a liquid can be as low as 2.5ph, whereas most other gelling agents can only withstand 4.0ph and higher. The reason I bring this up is that agar is very forgiving. Other gelling agents are far more delicate with how you handle them. Agar stands up to all the bullies on the schoolyard. Alcohol, sugar, salt, acids… you name it agar can gel it.

When agar is referred to as vegan gelatin I find it a bit unfair. Agar can turn a liquid into a gel, but so does carageenan, gellan gum, and pectin. Gelatin has some specific properties, such as its melting temperature and flavor release that agar can’t live up to. Agar can create a great gel but alone it does not make for the best gelatin replacer.  For a gelatin replacer we suggest our Vegan gelatin as it is a 1:1 replacer for powdered gelatin. But agar doesn’t need to act alone, its properties can be completely changed with the addition of locust bean gum. Agar is a brittle firm gel. When a small amount of locust bean gum is added to agar it will allow it to create an elastic but firm gel. Agar can also be turned into a fluid gel, which is a property that gelatin does not have. A fluid gel is a gel that has been sheared to a point that it looks like a liquid. Fluid gels have a thixotropic quality to them which means they act as a gel until pressure is applied, then they flow like a liquid. A good example of a thixotropic gel is ketchup.

Lastly I’d like to touch on super agar. Super agar is a refined agar that tends to be slightly stronger than other forms of agar. Some other forms of agar can be less refined and therefore will need more agar to create a gel. With agar you could make the same simple gel using 5 different brands of agar. Each gel will have a varying gel strength. This is due to impurities found in the agar. These impurities will affect how firm the final gel is. A good rule of thumb is if the agar is tan, beige, or even light brown it will have more impurities. A high quality agar should be off white. Super agar’s level of refinement means that it will gel far better than most other brands. You may find that when adding super agar to a recipe that was written using a lesser brand of agar, it could make the recipe too firm. If this is an issue you have found with your recipes, you can simply reduce the amount of super agar by up to 10%. This should clear up any issues you have found with your recipe.

Give our Bloody Hail Mary recipe a try! All hail the queen of brunch drinks. This remixed recipe is for the discerning cocktail lover who embodies modern stylings with classic sensibilities. Long live the queen!

I am trying to make a kind of firm caramel sauce and I am no sure at what time should I add the agar and if I need to dissolve it in water (hot or cold?)before I add it to the hot sauce. Also what would be the ratio of agar to caramel sauce. Thanks

There are numerous things that could be done with this. This all comes down to testing a recipe. Our first thought would be to blend the agar into the cream before adding it to the recipe. This way when you add the cream the agar will be activated and it will not affect the caramelization of the sugars. As for the ratio I would add agar in 1-1.5% of the total weight of the recipe directly into the cream.

I am curious if you could make the Snow Globe Cupcakes with either Super Agar is Vegan Gelatin? I would love to make the globes but am trying to get away from actual gelatin. Thoughts?

Unfortunately neither agar or vegan gelatin have the properties that would allow them to form the dome for the snow globe cupcake. There are people who make the dome using Isomalt, but we haven’t tried it ourselves.