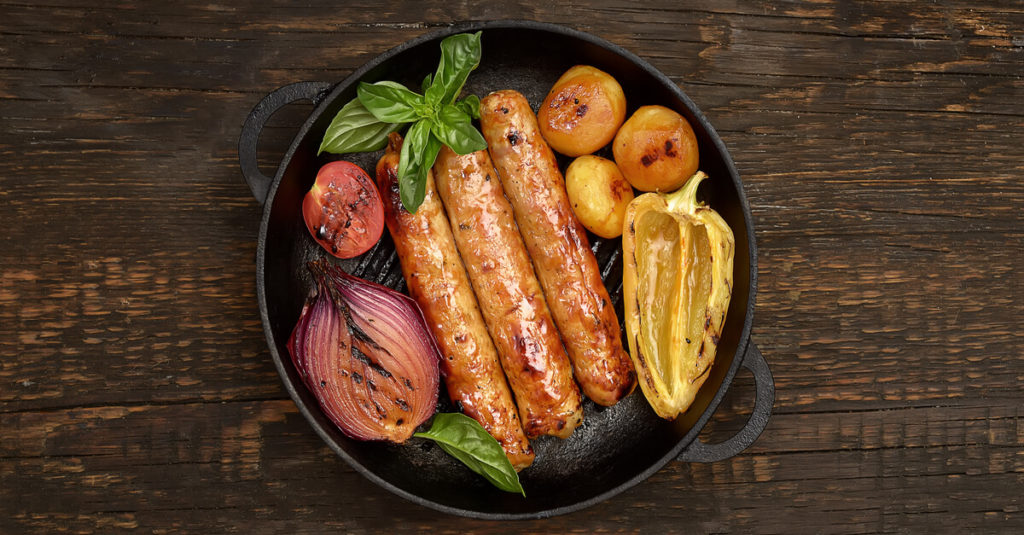 The Case of Sodium Caseinate?

I wanted to cover sodium caseinate, because it has a lot of functions that not many people know about. Oftentimes these modern ingredients are used for one purpose. They then seem to get pigeonholed into just being used for that one task. But the best thing is that most of these ingredients have many functions. Sodium caseinate is most commonly used as a protein aid with Transglutaminase (meat glue) and sausage making. But I think we should cover what exactly sodium caseinate is and its many uses.

“What is sodium caseinate?”

What is Sodium Caseinate?

Sodium caseinate is another name for casein protein. Casein protein is a protein that comes from milk. Now this is different from whey protein. So when you think of “curds and whey” The curds is where the casein protein ends up. Casein is the protein that allows cheese to be possible. Casein when clotted with rennet makes the proteins line up like good little soldiers. This lined up structure is what makes cheese like mozzarella stretchy. If you have ever eaten string cheese you will know just how this works.

Obviously, sodium caseinate still works amazing in our hot dog recipe or our vegetarian chorizo. But now you know it can be used to improve so many more foods! Find some recipes below to help get you started.

Give our Grill Master Hot Dogs recipe a try! When it’s grill season and you want serve up a hot dog that is oh so much more than a forgettable frankfurter. The addition of a bit of sodium caseinate helps freshly ground meat squeeze into a snap-tacular casing without losing shape or texture.