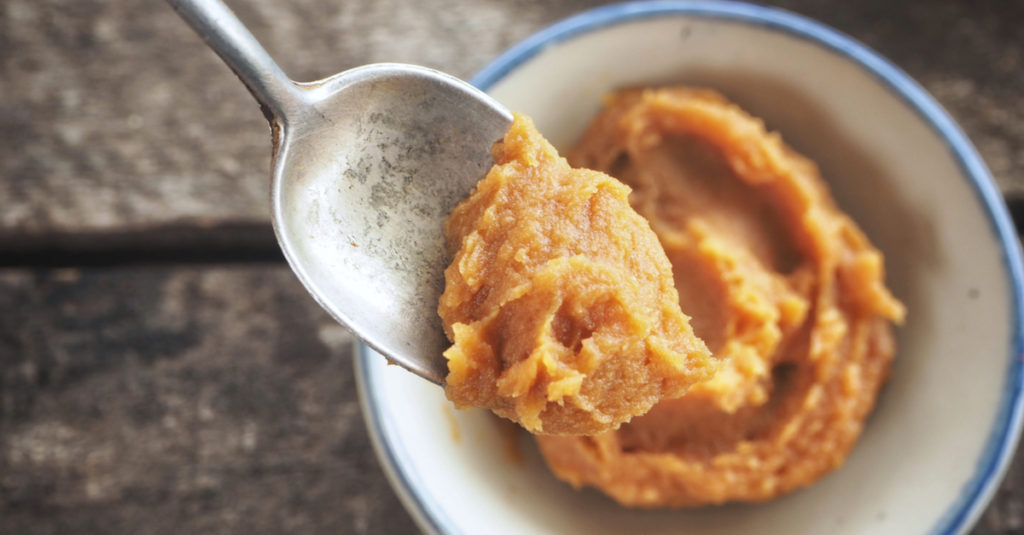 Miso Who? What the heck is miso made of?

“What the heck is miso made of?”

I’m just going to say it, Koji is the best. Koji spores are added to rice to create what is known as “koji rice malt”, this rice malt can then be used in a number of ways. The reason we add koji mold spore to rice is to give it a vessel to live on before we add it to other ingredients. This is a bare bones rundown of how to make koji rice malt. Click here for a full recipe. Koji is great because it contains enzymes that break down fats (lipase), starches (amylase), proteins (protease), and tannins (tanninase). These enzymes allow koji to breakdown just about anything you put it on. One last thing about koji, a good rule of thumb is if you want a white miso use Shirayuri koji and if you want dark miso use Shiragiku koji.

When you add koji rice to some cooked, smashed, and salted soy beans it goes to work immediately. Soybeans contain fat, starch, and protein, which the enzymes will break down. The enzymes do their work relatively quickly, but the process for koji can take anywhere for 6 months to 1 year or even longer. During this time the now miso paste should be stored in a container with a weight pressing down on it. The weight help release the liquid from the miso. If you do not press the miso the end product will be soupy and not paste like, and have a very diluted flavor. So, every so often you should drain the liquid off the top of the pressed miso. Over time there will be less liquid and it will become thicker as time goes on. This is a very good sign, so keep an eye on the miso and strain accordingly.

This liquid that is pressed out of the miso is actually very special stuff, DO NOT throw it away. Congratulations, in the process of making your miso you have accidentally created tamari! Tamari is a type of soy sauce that you can store or use right away. I suggest keeping the Tamari in a separate container and storing it in the refrigerator. This will start out as a small amount of liquid and eventually you could end up with ½ cup of tamari depending on how much liquid you added to the mixture. As one year closes in and you anxiously await the final product you will notice that the little bit of tamari that is still coming out of the paste has turned from liquid to a dark viscous syrup. You could add this to the Tamari container you have been saving up this whole time or you could store this little bit on its own for a special dish of your choosing.

Miso doesn’t have to be made of soybeans, it can technically be made of any type of legume or grain. As long as you can boil and smash it into a paste you can make a custom miso out of it. This is the fun part about fermentation, experiment with what you have and see how it comes out. You can use our Miso recipe as a guide to making your own customized miso. Now with that being said we can’t say that everything be delicious, but in cooking everything is worth a try. Now excuse me while I attempt to make koji fermented peanut butter, ask me how it is in a year.

Just like any thing that is fermented, you should always use the rule of “When in doubt, Throw it out”. If you see any blueish green or black mold, throw it away. When attempting to make miso or any other fermented food sanitize everything before you start. Use your best judgement when performing long term ferments like this.

thank you very much for the info. now I know