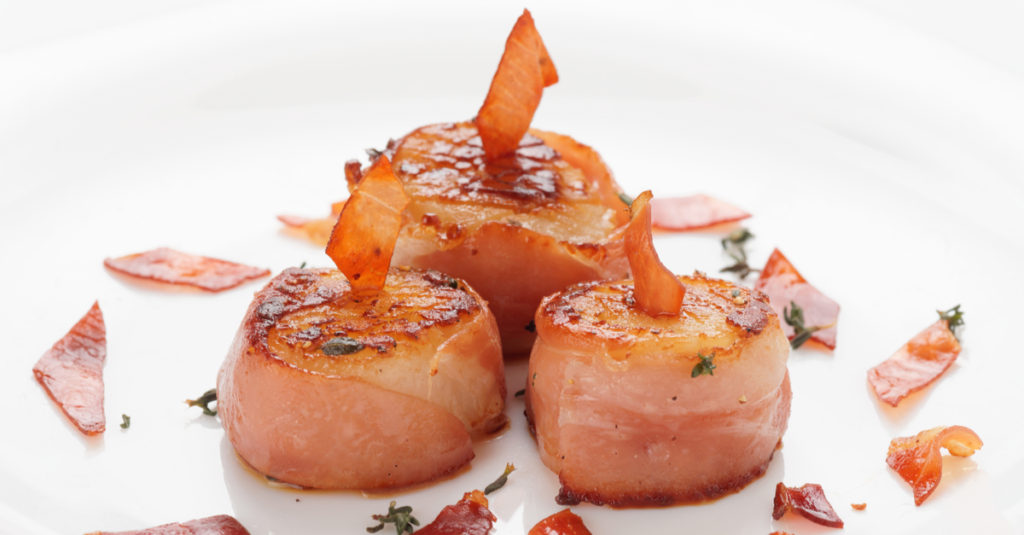 An ingredient I have found extremely helpful over the years is transglutaminase/meat glue/animal adhesive/protein plaster. Whatever you want to call it, it is one of the best ingredients of the last 20 years. The ability to create consistent portions of meat has made life as a cook that much better. From something simple like and evenly sized chicken breast to an advanced technique like sausage making. Meat glue has made its mark on the food service industry. But what if you are new to meat glue? There are some tricks of the trade you should know incase you run into an issue. So before you attempt to create the world’s largest turducken keep reading to learn a few tricks about meat glue.

“How do I know that my meat glue is working properly?”

Transglutaminase should be stored in the freezer at all times. This will prevent the enzyme from becoming inactive. The only meat glue that can be held at room temperature is GS. If your bag says anything other than that it will need to be stored in the freezer. But what if you use your TG and it doesn’t bond? If for some reason you think the meat glue has become inactive the first thing you want to do is make a small slurry of water and meat glue. For testing purposes 1 Tbsp water and 1 tsp meat glue will work. You may notice immediately there is an off-putting aroma coming from the slurry, If you smell this it is a positive thing. The off-putting aroma is the enzyme becoming active. But some people are not able to pick up on this scent. Also, this scent will not translate to your food as the enzyme is deactivated during the cooking process. But to finish the test allow the slurry to sit at room temperature for an hour. If the slurry sets into a firm gel then it is active. This is one of the best tests you can do to make sure the meat glue is still functional.

If you are having an issue bonding two pieces of meat there are many things you will need to check off your list to make sure the recipe is a success. The first one is fat, it is very difficult to bond two pieces of meat together when one of them is covered in a layer of fat. There just isn’t enough protein within the fat to create a bond. There needs to be protein on protein contact. This way the soluble proteins in the meat can hydrate the meat glue and get the process underway. If you are working with a piece of meat that is being particularly difficult there are a few things you can do. The first thing is to lightly salt the meat for 10 minutes before adding the meat glue. The salt will make more of the proteins in the meat soluble and draw them to the surface. Try not to oversalt the meat as you don’t want to affect the seasoning, but use just enough to dust the surface. A second thing you can attempt is creating a slurry out of the meat glue, the slurry for this purpose can be in a ratio of 4 parts water to 1 part meat glue. This mixture can be brushed onto the meat before wrapping and resting.

One common question we get is if you’re gluing together cooked or cured food should you use TG before or after? If at all possible use the TG before you cook or cure. This is because the cooking process denatures the proteins, making it harder to form the bond. If you definitely want to go that route we commend RM only, because it has sodium caseinate added to help the process along.

Give our Better Bacon Wrapped Scallops recipe a try! Bacon wrapped scallops are a necessary standard for the accomplished host or hostess. In theory, it’s a delicacy wrapped in decadence and fried until crispy. In practice, it’s two dozen tiny toothpicks that make prep a pain, and plating an impossible choice between store-sample-style pickup sticks or a plate of scallops with suggestively shrugged bacon kimonos. Thankfully, there’s transglutaminase. This ‘protein-welding’ enzyme secures the bacon to each scallop, but allows for the creation of a more unified bacon scallop roulade that is fried then sliced and served with beautiful symmetry.