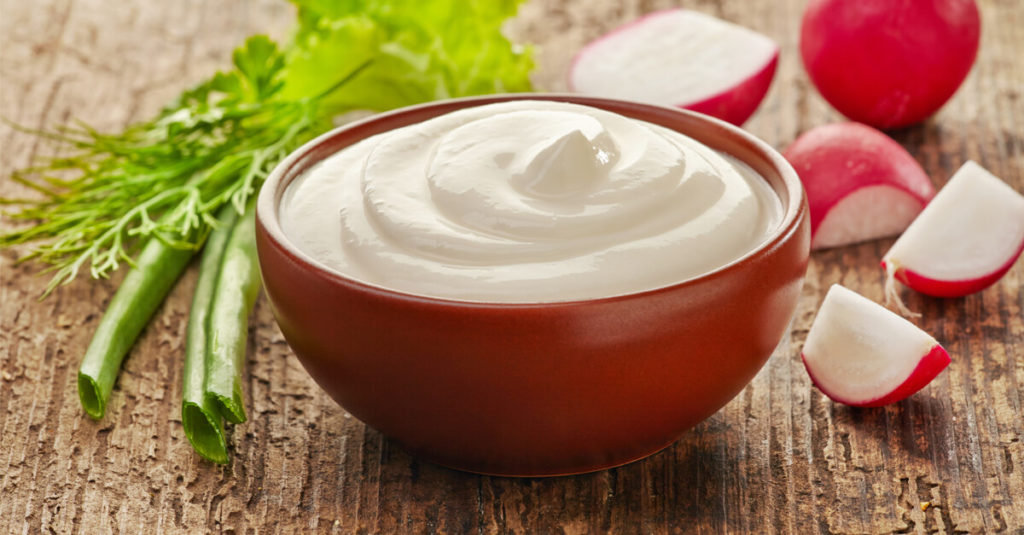 I love when people present an idea that I haven’t attempted. It’s like a quick mental workout. I rack my brain trying to figure out what I would use. Some ideas take a bit longer to figure out than others. But generally I can come up with a starting point. This doesn’t always mean it will work, but it’s a start. What makes my job easier is when someone comes to the table with an existing recipe that just needs a boost. This happened recently when a customer had developed a method to make plant based sour cream but had a few issues with it. I’ll walk you through my thought process.

“How do I keep my plant-based sour cream from melting too quickly?”

I enjoy when plant based recipes follow the same method as their animal based counterparts. So when making this recipe our customer acidulates soy milk with an enzyme and allows it to separate. The proteins tighten and rise to the top, separating from the water. To me it’s still amazing how this actually works in the same way it does with dairy. Next thing to understand is while this does work, the proteins and fats are not the same as dairy. The issue that was happening was the plant-based sour cream was melting too quickly. While traditional sour cream does melt it tends to hold its shape pretty well. Something will need to be added to the recipe to prevent this. Initially my mind tells me that this needs a gelling agent. Here lies a big issue, what gelling agent do you add to a recipe that cannot be heated?

There is a combination of ingredients when added together while cold will create a gel. These two ingredients are xanthan gum and guar gum. In small quantities these two ingredients can create a gel when mixed with a cold liquid. These are both thickening agents so it can be tricky adding them to a recipe that is already thick. The ratio will need to be low enough that the recipe doesn’t become a solid gel. I suggested starting at a ratio of 0.1% of both ingredients to get started. This way if the recipe still melts, more can be added until the issue is resolved. A question that may come up is, “Sour cream isn’t a gel so why would you use a gelling agent”? Sometimes we hear the word gel and the first thing our mind brings us to is jello. The definition of gel is a semi solid that ranges from soft to firm. In this case we are creating a semi soft gel that is only strong enough to slow the melting of the vegan sour cream.

Do you have a recipe that is giving you an issue? Reach out to us and I’ll see if I can help you get the result you desire.

I am looking for an emulsifier to add to my vegan white chocolate to turn it into a mousse. The purpose is to use it as a filling or even as an icing for cake. A friend uses EasyWhip from specialingredients.uk.co. Its composition is Methylcellulose (E461), Xanthan Gum (E415). Do you have something similar I could use to achieve the same effect? Thanks.

We don’t have any blends like that. Since there are many varieties of methylcellulose and possible ratio combinations it would take some significant R&D to reproduce this item.

So which Methylcellulose would you recommend to create a consistency of a mousse?

I just watched the WTF on the Versawhip and the recipes on meringue. So for the vegan buttercream, I make the meringue then add the cold butter, correct?
I have a recipe of vegan dulce de leche that is caramelized sugar then nut milk. If I wanted to turn that into a mousse of dulce de leche, I could probably add the Versawhip to a little bit of water and then add to the dulce de leche and whip it? My question is: does the Versawhip need to be dissolved in a bit of water to be added to creams or foams, right?
Are there any other videos you could point me to that would help me with this question? Thank you.

where can I find your plant base mayonnaise

You can find our plant-based remoulade recipe here.