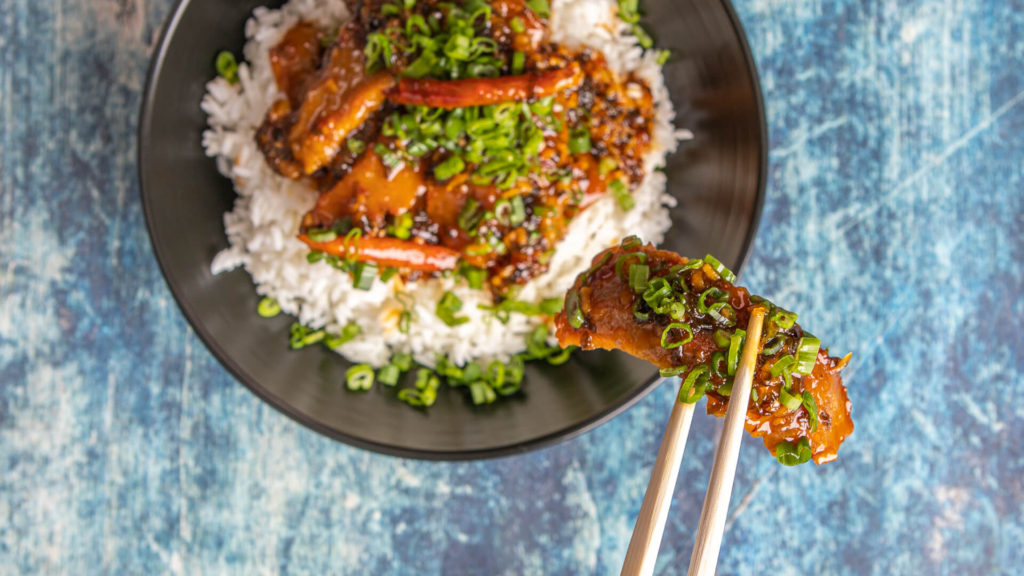 Coconut OilDruids GroveVeganVital Wheat Gluten
Orange Chicken is a uniquely American dish that’s skyrocketed to the top of the American Chinese food list since its inception in the 1980’s. With its sweet, tangy and spicy sauce coating tender nuggets of white meat, it’s hard to reject this dish’s appeal. Our plant-based version has seitan sitting in for chicken, and we focused on not only the flavors of the sauce, but also perfecting the texture of seitan. Made with organic vital wheat gluten, seitan is truly tasty, but can have a chewiness that turns away some diners. We developed our recipe with this in mind, creating a seitan that is fluffy and tender, perfectly paired with that orange chickn sauce. 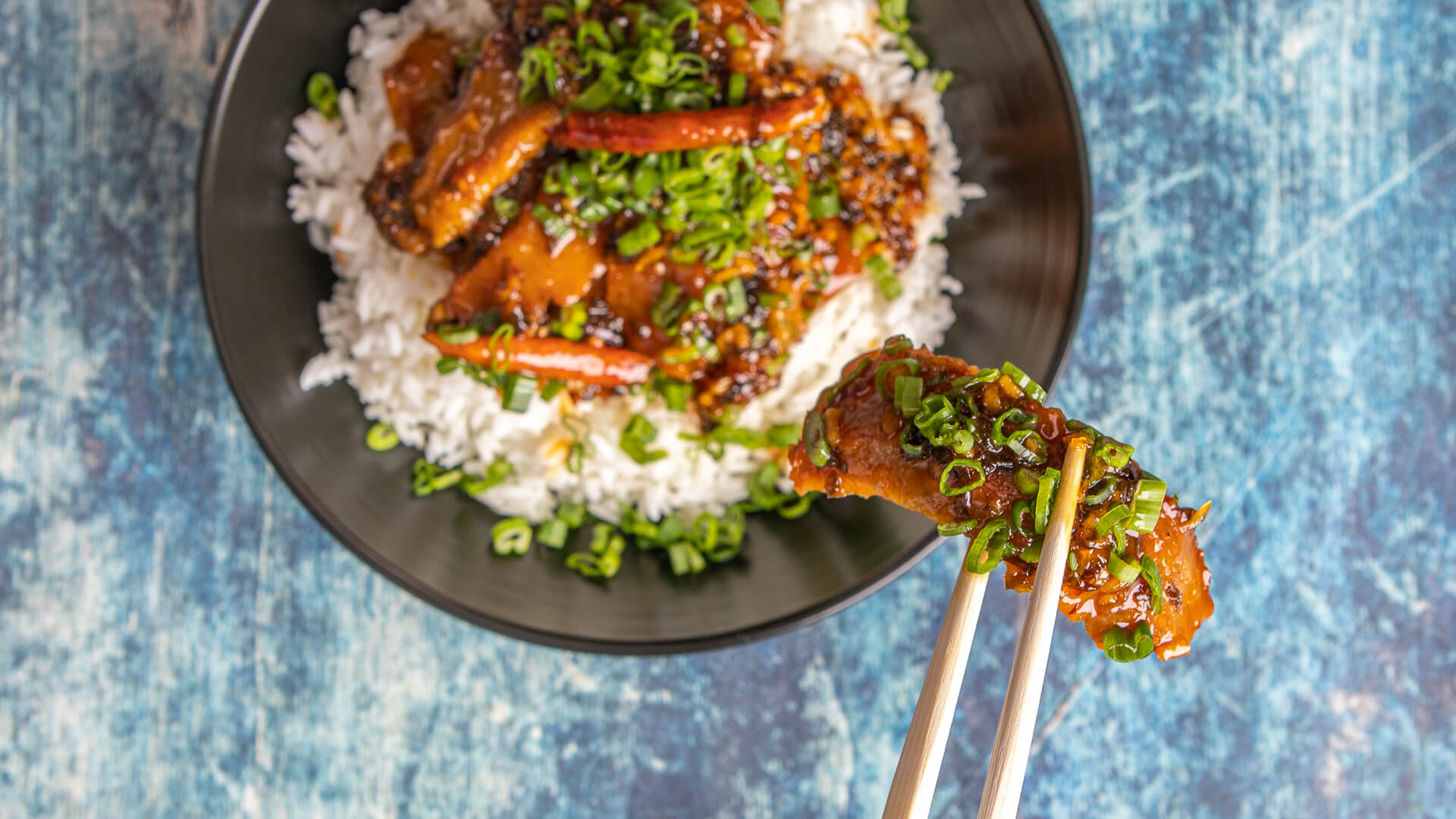 Can you cover and steam the pieces rather than poach in broth? There is another recipe that uses silken tofu with similar ingredients to this recipe (no whole wheat flour though) and the directions call for steaming, never allowing it to touch the water. I have made vegan sausage by steaming and they come out a great texture. Not sure about the simmering in water/broth.

Some people prefer steaming and that’s definitely fine if you’re happy with the texture.

I made the seitan following this recipe (though I used salted butter instead of coconut oil). For the first time my seitan didn’t turn out as lumps of hard rubber but lovely, light and pleasantly stringy. I also spent a few minutes stretching and tearing the dough after kneading it.

Thank you so much for this excellent recipe!